It’s been a great season for music in Connecticut lately, and Scott Bounty returning from Delaware is no exception. “I had fun sitting in with some bands in Willmington DE and the people were really nice, but it is great to be back in the CT\NYC area”, said Scott.

Scott has organized some local talent whom he met while working on his solo projects. Some of those include singer and guitarist Darryel Pratt, and vocalist Theresa Panetta. Both are extremely talented performers and when they joined Scott on stage with Alexa Rosario, and old friends Vinny on bass, John Maddox on guitar, Mark on drums and Winston on sax things sounded really, really great.

“Theresa and Alexa are like icing on the cake when they sing and harmonize together” said Scott. “Not only did Theresa do an amazing job on Neil Young’s ‘Down by the River’ but Alexa nailed ‘Hotel California’ “.  The band “Scott Bounty & Friends MagicCarpet Ride” landed at the classic “Lumberyard Pub” in Redding CT last month on September  6th.

In that show, Darryel Pratt hit up some classic Levon Helms and covered “Sweet Melissa” by the Allman Brothers. That moved the audience and the band ended with the Grateful Dead version of “Good Lovin’”. Scott was smiling ear to ear all night. “It’s easy when you surround yourself with great talent” said Scott. 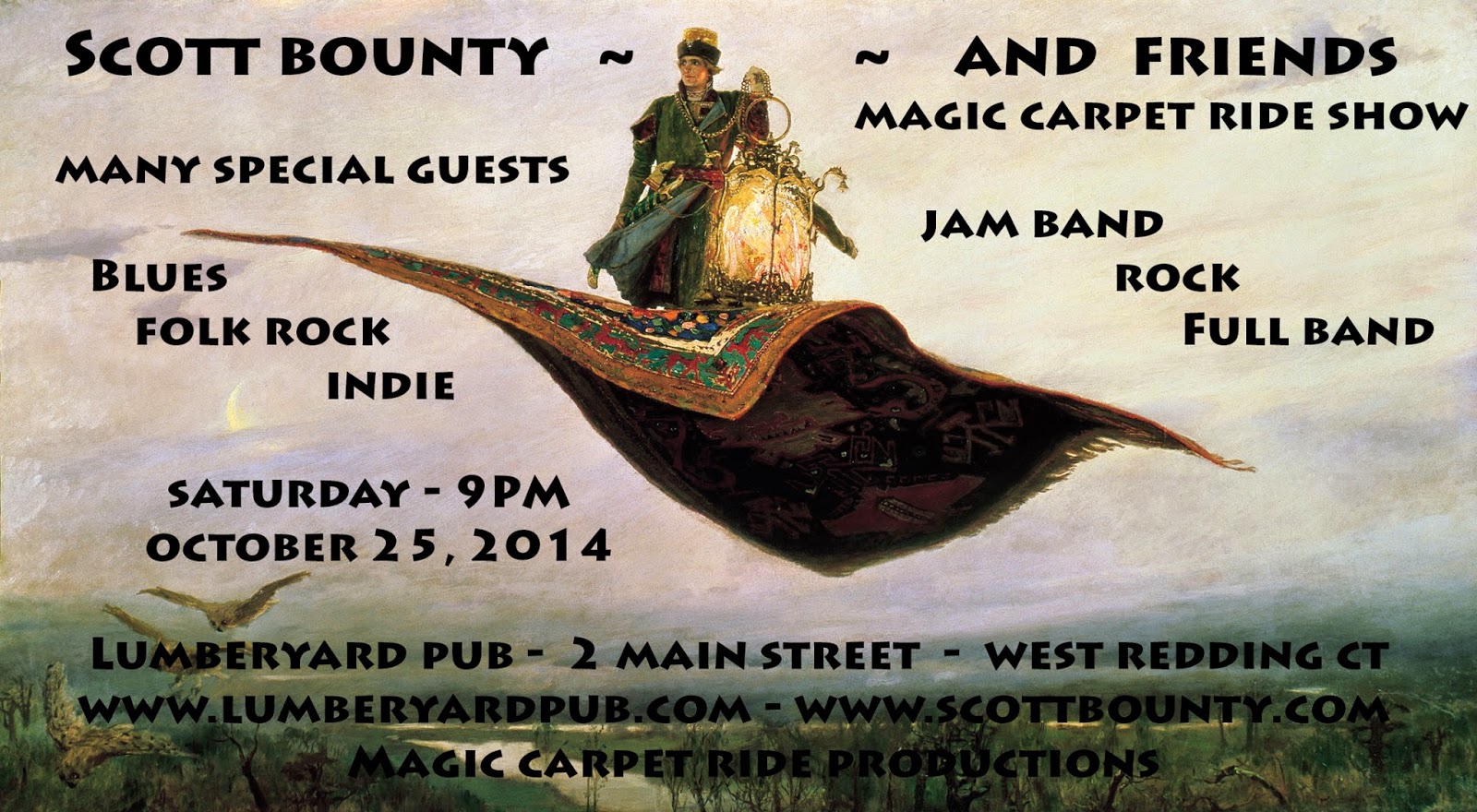 There will be more of the same to come this month when “Scott Bounty & Friend’s Magic Carpet Jam” returns to the Lumberyard Pub at 9PM on Saturday October 25th. “I love playing in my hometown” said Scott. “I miss the old Georgetown Saloon, but the Lumberyard Pub brings back those times to me” he said.

Scott Bounty, Darryel Pratt, Alexa Rosario and Theresa Panneta, will also be performing at the legendary “Bitter End” in NYC on October 30th, all part of the “Celebrity Voice Coach Platform Showcase" premiering that night.