I like to keep you updated on the latest crazy & fun stuff going on with my music and performances. 2014 has been everything I had expected and more! I have just come off my solo performance at “The Bitter End” in NYC and let me tell you the venue was as legendary and fun as it is written about. Legendary artists who have performed there include everyone from James Taylor, Bob Dylan, Carly Simon, David Crosby, Neil Young, Joni Mitchell to Lady Gaga, Norah Jones, John Maher and Taylor Swift. See the (almost) full list here http://www.bitterend.com/legends/

What is amazing is “The Bitter End” seems just like another NYC club, but when you look at the walls and see old posters and ads for “Joni Mitchell” and “Neil Young” it is just insane to think of the legends that played on the same stage. I was fully honored to play there. I was part of the “Celebrity Voice Coach Platform Showcase” which was hosted by my vocal coach “Samantha Cole” and in just three showcases she has taken it from Nov 2013 at the “Market Place” and “Max 40” in May 2014 both in Danbury CT, and now to “The Bitter End” in NYC.
Not only was it a legendary venue but there were legends in the audience. Including Simon Kirke who was the drummer in “Mott the Hoople” and he was later the drummer for “Bad Company” the Grammy winning rock band. Simon Kirke is now a Governor on the Grammy Committee.  Also some influential writers, producers, and talent scouts were there at the show. Samantha’s vocal instructor, Bill Riley who had worked with Celine Dion and Whitney Houston among many others, was at the show. I performed my new song “It’s Her Eyes” which is reggae styled tune, to set you up on the beach under the moonlight. It was very well received. I still can’t believe the drummer from Bad Company was clapping along to my new song! That’s Just Sick!
While back in CT I have recruited an array of great artists and we are performing as “Scott Bounty & Friends Magic Carpet Ride Show”. We played “The Lumberyard Pub” in Redding twice in late summer and October and at “The Inn at Newtown” at “Proud Mary’s” Nov 1, 2014. Each show was great with a bigger following each time of new and regular audience members.
As far as players; I am rotating talent. I have reunited with Vincent Labozzetta on bass and Mark Kravarik on drums, and brought in fellow Celebrity Voice clients Darryel Pratt on guitar and vocals and Theresa Pannetta and Alexa Rossario singing. Also Dennis Lapak (The Mother Road) and John Maddox sat in both on guitar and Dennis on harmonica. Winston Wisehart has been killin’ in on sax.

I hand-picked these folks above because they are really into it, and all are really great performers. The vocals Theresa, Alexa and Samantha bring are fantastic. So, a lot is going on. While I expect to spend most of Nov/Dec and 2015 in the studio, I also will be booking gigs regularly in the area under “Scott Bounty & Friends”, which will be at least a duo, and probably many on stage at once, including the folks I mentioned above and also new special guests. THE COOLEST PART IS YOU NEVER KNOW WHO WILL BE PERFORMING – EVEN I DON’T KNOW YET! ~ NO TWO SHOWS ARE THE SAME, BUT THEY ARE ALWAYS GREAT ~!
I really hope you can come out to see my shows and download some of the songs at www.scottbounty.com I also have some free ones that are “just for fun”. Also, I can book my band for you at a great rate, since we love private parties… 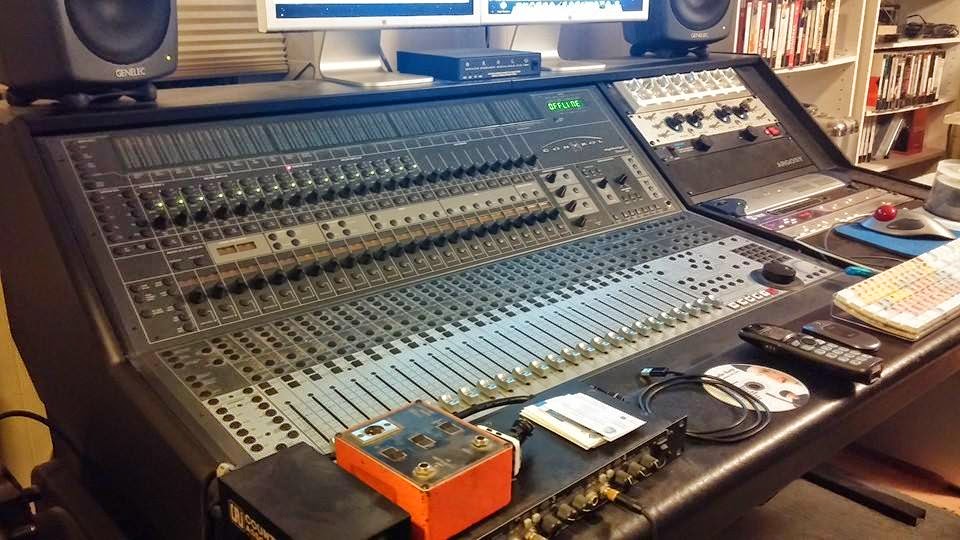 I have started an album in the studio.  On the album will be my song “Hey Baby, It’s Alright” which was recorded at Five Towns College in LI (John Lennon Music Room) with Samantha Cole helping out on vocals. Also expect to include my new song “It’s Her Eyes” which is in the process of being recorded in various studios in CT. Helping out on production of the album is Charlie Karp (Buddy Miles Band) and CT’s Lucinda and Michael, who recently returned from their tour in Nashville. All are amazing performers with albums and Charlie has an Emmy. I expect to learn a lot in their studios and I really can’t wait to share their stories with you as time progresses. I am looking for ideas about what cover song to include on the album, please send your ideas, or suggestions to me. I can be reached via phone/text at 203 885-6174 and online at scottbounty@yahoo.com and also please visit www.scottbounty.com for more updates.

As a side note, some of you know I am friends with Devon Allman (Gregg Allman’s son). I only know Devon after hangin’ with him after his shows but he is really great, and we stay in touch. If you get a chance listen and download his new CD “Ragged and Dirty” it’s amazing. My favorite is “Midnight Lake Michigan” recorded live in one take. His album is taking off really, really well with great reviews. I am very happy for Devon.
I also hope that you are having a great year and if you ever are on the fence about living out your passion now is the time to start. I am not recommending “quitting your day job” but I that did in 2012, and although I am working in software still I have shifted a great deal of my time towards the music and it is really, really rewarding.

Thanks for reading and please share this. I expect 2015 to be even better and I hope your dreams are coming true for you!~

Scott
Posted by Unknown at 10:06 AM No comments: